It's all in a day's work for high-flying literary agent Alexander; manuscripts to read, deals to be done, celebrity clients to be taken out to lunch... but first there is an author to deal with whose latest book the agent thinks is, frankly, not up to scratch. However he hadn't counted on the author's resourcefulness... This bitingly funny film takes you behind the scenes of the publishing world to witness the wheeling and dealing required to create the next best-seller.

The Agent will be available on Amazon Prime from July 2019.

I doubt a more truthful film exists in relation to the literary world and if it does it could scarcely be more energetic, funny or stylish. A real gem, packed with wonderful lines and two incredible performances. This is a challenging and thought provoking film that treats its audience with a maturity and respect, which is unfortunately all too rare in British cinema. Seek it out. Robert Monk - Clash

Anyone with any sort of artistic ambitions whatsoever will love The Agent, even as a little bit of them dies inside while it confirms what they already know that talent and taste are meaningless in the marketplace. There's plenty of tension, and some stirring arguments that will go on long after the film has finished. Kate Wellham - Telegraph Online 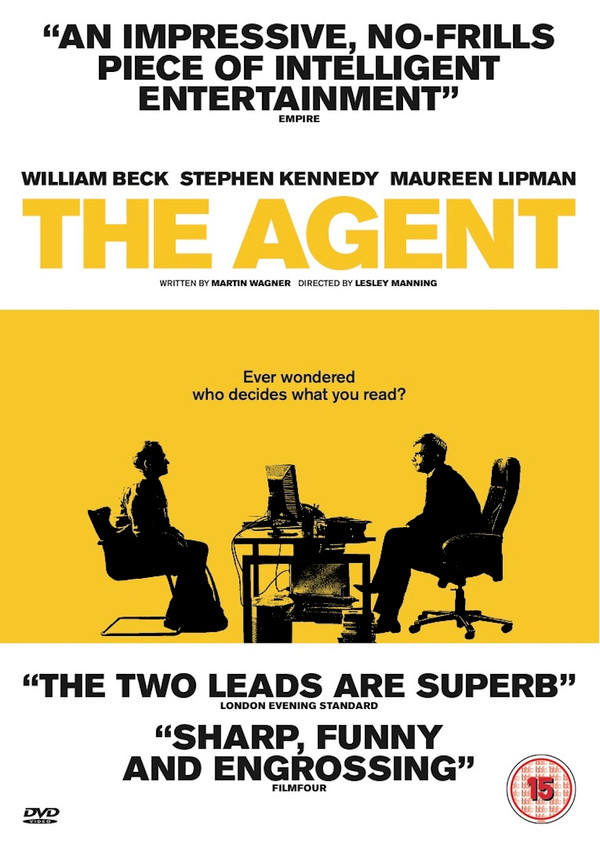