Birth and sex are often talked about as if they were contrasting experiences. In fact, they each involve the same rush of hormones in an action drama in which mind and body work in harmony. When a woman is free to follow her instincts and give birth naturally, waves of endorphins surge in the bloodstream with the same energy as in ecstatic lovemaking. Birth and sex mingle to become one in the thrilling, sweet, intense and overwhelming experience of creation. Yet in the Western high-tech birth culture the environment often inhibits the spontaneity of birth, resulting in pain and distress. Pregnancy and birth are de-sexed and treated as medical conditions. Women are turned into objects on which doctors act. In this compelling and controversial new book Sheila Kitzinger explores the complexity and depth of female sexuality during pregnancy, birth, and after the baby comes. She shows what can be done to create an environment in which a woman is able to trust her instincts and be confident in her body. By rediscovering the power and passion in our bodies, we can reclaim the spontaneity and sexual ecstasy of childbirth. 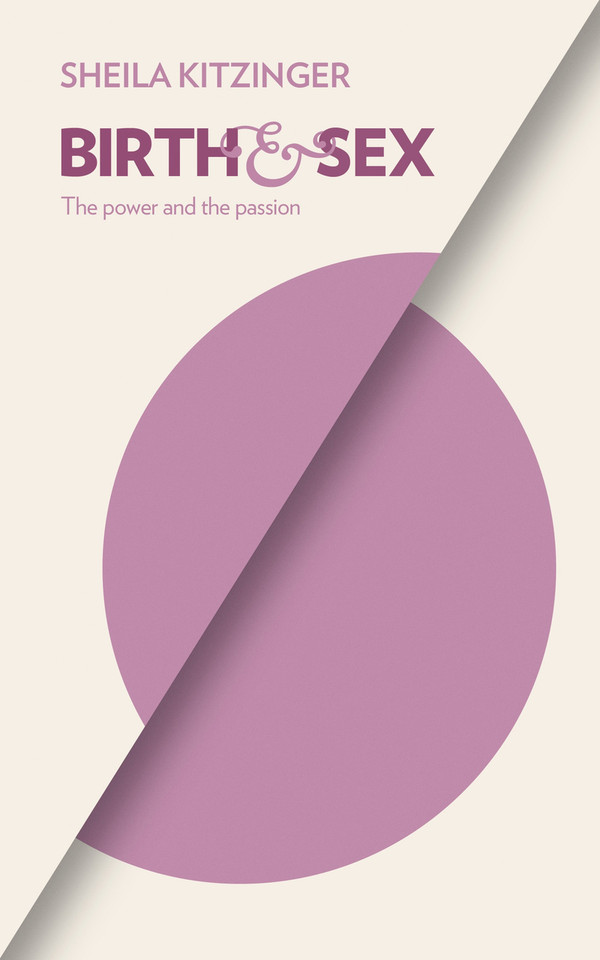 This book is thorough and well researched yet very very readable and accessible for all. Sheila Kitzinger dips into, and draws on many different areas of knowledge and research, history and cross cultural perspectives and manages to put it all together in a book that will inform and inspire women (and hopefully a few men!). I think the books appeal goes far beyond pregnancy and raises important questions about our society. An absolute must read for healthcare providers as well as childbearing women.

A refreshing book and one I'd recommend to all would-be mothers. Sheila Kitzinger illustrates compellingly how pregnancy and birth are not primarily medical conditions, but part of a woman's psychosexual experience. The realisation that this is so can lead a woman to discover how the different aspects of her sexuality relate and help her gain a better understanding of her body and feelings. A really good read.

I'll have what she's having

I bought Birth & Sex after hearing Sheila Kitzinger speak with an energetic passion that belies her frailty, a few weeks ago; the talk was part revision of the history of obstetrics, and many parts eye-opener.<p> A few days later I read on a skeptical website a description of Birth & Sex as "the ultimate first world problem." [Deliberately unattributed]: making women feel guilty for not having an orgasm during labour. It's that familiar argument that informing people about how things could be is mistaken for setting impossible aspirational targets for all women. Throughout the book, Kitzinger dips into history, revealing how birth has become depersonalised, the mother and her needs sidelined, and the only goal a healthy baby.<p>After a fascinating chapter on genital anatomy and an exploration of sex in pregnancy, she goes on to explain the processes that impact on a woman's experience of labour. She is not telling women that they should have an orgasm during birth, any more than that they should have an orgasm every time they have sex; but describing conditions which it is often in the woman's power to create, that allow her to behave spontaneously. In fact the comparison with having sex is instructive, since goal-oriented sex is likely to be less satisfying than loving, fun, comfortable, spontaneous and uninhibited sex, all of which are applicable to birth.<p>Kitzinger shows how other cultures celebrate birth movements, for example in north african bellydancing; but how the gradual introduction of a bed into the birth environment forces women to accept a more passive role, and has gradually led to a production line approach, "without wasting doctors' time, and free of any female emotions that might complicate the process." [p.69]<p>She goes on to explore the use of language around birth, rooting this right back in the usurpation of female mother goddesses by a male creator, taking the power of fertility away from women. In modern terms, the medical language used to describe birth using the terminology of risk and words like "delivery" put the power in the hands of the doctors. The language used by women following a traumatic birth is significantly similar to that used by rape victims; I have heard examples of this myself and have to ask if empowering and informing women can really be a bad thing.<p>With a slightly disappointingly small section on breastfeeding, the book ends with a discussion of sex after childbirth and how this might be impacted by a traumatic, violating experience or a positive birth that can enhance the way a woman feels about her own body. Kitzinger also considers the impact of the birth on a woman's partner and his or her feelings about sex; along with the impact of the transition to parenthood. I love her description of the first year after birth as "chaos and glory" for the couple [p.148].<p>Birth & Sex does not seek to demonise intervention, but asks for perspective in its use, and reminds us that birth is a complex psychosexual experience with the potential to be life-enhancing. In the prevailing culture, how much choice do women really have? This book takes on one small segment of a society in which women's bodies are still objectified and their minds still belittled, to an astonishing extent. To deny women this information is to deny them choice and consent in the way they live and labour.