The NHS is the closest thing the UK has to a national religion. No wonder: it unites people across social and class divides. But it is also under pressure, underfunded, and unravelling at the seams. When the NHS was founded, children died of whooping cough and tuberculosis, and the average person lived less than 50 years. Now childhood deaths are rare and we expect to live almost twice as long. Many of us swallow dozens of daily medications, and the NHS promises to keep treating us, rich or poor, according to need. But as social care budgets are slashed, the pressure on the NHS has reached a critical level – along with accusations of high death rates, lazy, uncaring staff morale, and unnecessary deaths at the weekend.

Margaret McCartney, author of The Patient Paradox and Living with Dying, argues that the last few decades of short-term political policies have caused lasting damage to the NHS, wasting money, time, harming patients, and damaging staff morale. Instead, we need a new realisation of the founding principles of the NHS, one where patients and professionals work together to create an evidence based – not a party political – NHS. It is the only future it can survive in. 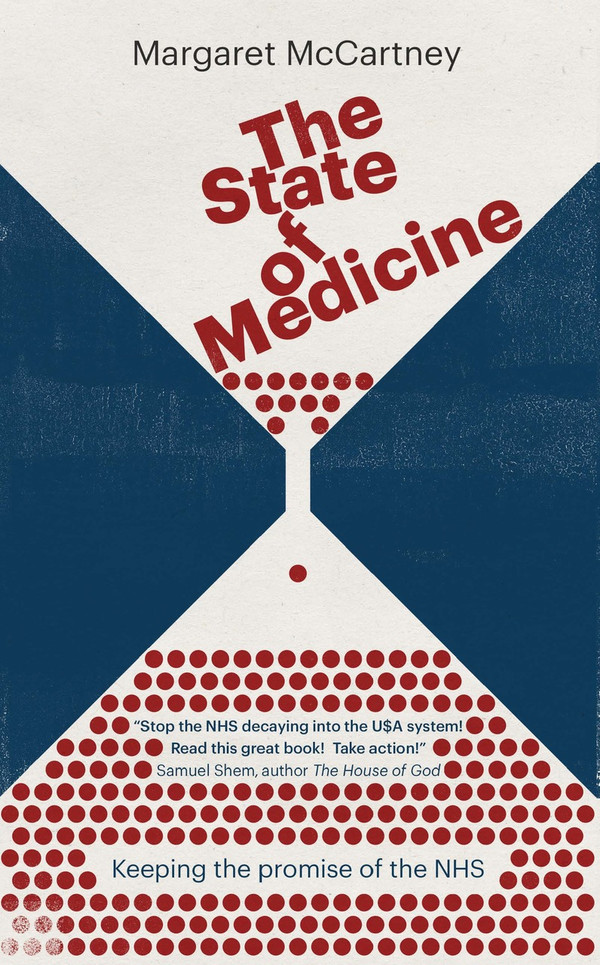 The State of Medicine: Keeping the promise of the NHS

the state of medicine, the promised of the NHS

a G.P. 's view, pretty current, perhaps a little left of centre. I used it while preparing some views on the problems of the NHS.<br /><br />The view that I have is perhaps coloured by time but useful references.<br /><br />Not enough on practical problems and possible solutions.<br /><br />The NHS needs LESS Management and more meaningful administration!!

The State of Medicine: Keeping the promise of the NHS

This book is difficult to read. It's brilliantly written, coherently argued, and McCartney's passion for the NHS screams through every paragraph, and for all that it is a joy to read; but it is difficult to read about the increasingly overt privatisation of the NHS, and the destruction of its most fundamental principles.<br /><br />In 21st Century Britain, politicians express love for and pride in the NHS, while systematically setting it up to fail, by implementing policies for the sake of headlines, and apparently deliberately misreading research to support hopeless initiatives which are not trialled, and not terminated when they prove not to work. Modern social and cultural expectations enable the government to push forward their agenda, by creating an environment where popularity and choice trump evidence and effectiveness. The vocational nature of health work allows us to expect health professionals to give endlessly, while being abused in the press, badly paid, and put under intolerable pressure.<br /><br />McCartney unravels so many threads of this Kafka-esque situation, bringing in clear evidence and pointing out where it is missing; and including the voices of real people working in and experiencing the NHS: doctors, patients, researchers, policy makers. She is so passionate and articulate, part of the very core of the NHS, and one of those who will fight to the last breath to maintain an evidence-based health service, free at the point of access, for everyone in the UK.

The Patient Paradox: Why Sexed Up Medicine is Bad for Your Health

Overdue: Birth, burnout and a blueprint for a better NHS

A State of Fear

The Children's Inquiry: How the state and society failed the young during the Covid-19 pandemic