Dr Grantly Dick-Read died on 11 June 1959. His teaching, however, gains a growing recognition even though others are putting their names to his theories and practices. The delivery on this recording was not in fact an 'easy' one, as the baby was not fully rotated. The record, therefore, not only justifies Dick-Read's teaching but is also a tribute to his own skill as a gynaecologist. The following sleeve notes were written a month after the recording. 'When my wife informed me that she was going to have a baby, I think my reactions were typical of most husbands. I was delighted, for we both wanted to start a family, but I was also anxious. My knowledge of childbirth was limited. I had heard that pregnancy could be 'difficult', that labour itself, if not actually dangerous, meant many hours of suffering either nobly endured or alleviated with anaesthesia. My wife, however, insisted that I read "Childbirth without Fear" by Dr Grantly Dick-Read. There I learned the simple tenets upon which his teaching is founded. The fear of childbirth can be overcome by simple instruction in the truth of natural processes.

The methods by which a woman can help herself and not cause her own distress - correct breathing and relaxation for use during pregnancy and labour were explained. Simple exercises (requiring only a few minutes per day) to aid the general fitness for the birth of the baby were described. Dr Dick-Read stressed that even more important than the removal of pain is the spiritual joy the mother experiences when she sees her baby into the world, a joy, which transcends the moment of birth, and has a lasting influence on the family unity. This, as Dr Dick-Read says, is the experience, which is destroyed when the sensations of birth are removed or disturbed by interference. My wife decided that she would prepare for natural childbirth. It was at this point that as a recording executive I became involved professionally. My wife volunteered to have her labour recorded and Dr Dick-Read agreed to supervise her delivery and give a commentary as the labour proceeded. In effect, we had provided Dr Dick-Read with a test of some severity. We were not asking him to choose the best result from, say, twelve cases. The patient was not even selected by him.

She was having her first baby and she was over thirty. Mrs Dick-Read began the antenatal preparation, as described in the book "Antenatal Illustrated". The voices you will hear on this record are those of Dr Dick-Read, Mrs Dick-Read, the expectant mother and, towards the end of the record, a woman doctor in general practice who assisted Dr Dick-Read. Another doctor who was present primarily as an interested observer was also skilled in the administration of pain relief should the patient have desired it. A bedroom in Dr Dick-Read's house in Petersfield had been equipped with a labour bed. Trilene and Pethedine were available; for, contrary to some reports, a strongly maintained principle of Dr Dick-Read's teaching was that the patient should not be expected to suffer any unnecessary pain or discomfort. Three microphones were used. One was placed above the bed and used to pick up conversations between doctor and patient and also the atmosphere of the ward, which was calm and peaceful throughout. At each side of the bed we placed microphones for use when either Dr or Mrs Dick-Read wished to make any comment.

I personally operated the recording equipment in an adjoining room during the confinement and can categorically state that at no time did I feel that my wife was asked to bear any severe discomfort. Even when owing to the incomplete rotation of the baby's head at the outlet, and in order to prevent unnecessarily prolonging the final stage of labour, a small incision was made, my wife did not feel this and did not at any stage request anaesthetic. That she was asked to do a lot of very hard work she will be the first to admit. But the joy of the birth itself is unforgettable. During the early stages of her labour I was with her and able to help during her contractions with the back-rubbing, she found so beneficial at this stage. A swishing sound on the record during the first stage contractions is made by this back-rubbing. It is during this stage that Dr Dick-Read insisted that all patients should have company. So often the expectant mother is 'left to get on with it until the second stage is reached. During the second stage considerable background noise is caused by the movement of the bed-clothes when the patient changes her position in order to use her contractions efficiently.

The recording was made on tape, edited and then transferred to a long playing record. Before we started to condense the recording of a twelve-hour labour to the length of one LP record we invited reporters to hear parts of the as yet uncut tape, including the last twenty minutes. It was pointed out to them that although a very heavy task of selection lay ahead, there was nothing which needed to be suppressed for the purpose of demonstrating natural childbirth. The editing presented two major problems. Owing to the fact that our microphones were highly sensitive in order to pick up the quietly and calmly conducted comments and discussions of the doctor, his patient and his assistants, we also picked up many unwanted and distracting noises, doors closing, sterilised tins being opened, running taps, etc. These noises have been removed wherever possible from the finished record. Condensation proved more difficult, for many of the early stage contractions were very similar, and throughout the first two stages there were long periods when the patient was lying peacefully relaxed between her contractions. All that was merely repetitious or irrelevant had to be discarded.

To present a twelve-hour labour on one long playing record was clearly impossible, therefore we were faced with a further problem. If we did not include some passages of rest and relaxation, we would give an impression that the patient moved rapidly from contraction to contraction; but to allow a five-minute rest its full playing time was not possible. We have tried, therefore, to maintain the impression of the overall rhythm of labour by selection of contractions and the shortening of silences. We have not condensed individual contractions. This is important in demonstrating the breath control called for during contractions. This record, then, is an account of a twelve-hour labour leading up to the dramatic moments when the baby is born. One of the most outstanding moments on this record occurs towards the end of the first side. Using his stethoscope with a microphone placed alongside it, Dr Dick-Read searches for and listens to the heart-beat of the baby while it is still in the birth canal, one hour and a half before it is born-an exciting moment for the recording technicians and the doctors when they heard the playback for the first time.
Reporting on the last twenty minutes of this recording, one of Britain's leading newspapers, the "Daily Mirror", called it: "The most moving record I have ever heard". If this record helps to abolish fear, it will help to abolish pain in labour. If it helps to spread the teachings of Dr Grantly Dick-Read, then it will have done its job. His work won its due recognition when it was acknowledged and approved by His Holiness, Pope Pius XII, who also commented upon the spiritual approach inherent in Dr Dick-Read's method, saying: "The researches of the Englishman, Dr Grantly Dick-Read, differed notably from those of the Russians (notably the followers of I.P. Pavlov) in their philosophical and metaphysical postulates which were not based, like those of the Russians, on materialistic concepts". This record should help to prepare a woman for the emotional and spiritual experience which is her right, and needs to be fought for, just as much as her right to highly skilled surgery, or pain-killing drugs.
There is still some opposition to Dr Dick-Read's work, especially in his own country; there are many places where lip-service is paid to his system; but if his method is followed sincerely by those responsible for the conduct of labour, the result can be as on this record. Here, then, unscripted and unrehearsed, is a record of a natural childbirth.' H.J.U. 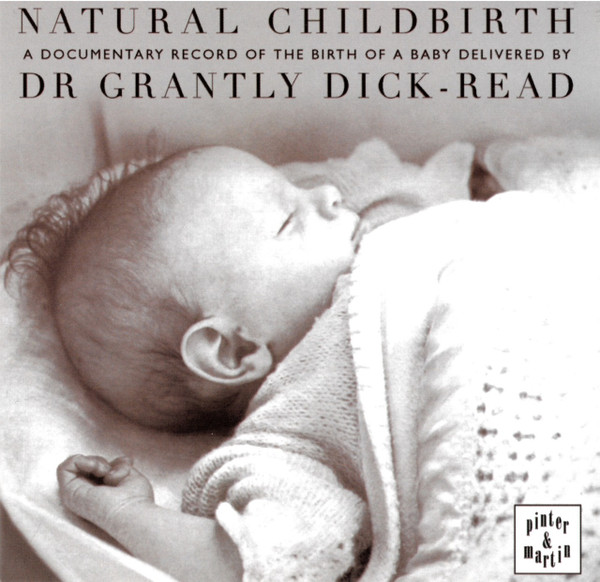 Childbirth in the Age of Plastics

Childbirth and the Evolution of Homo Sapiens

Childbirth without Fear: The Principles and Practice of Natural Childbirth

Why Human Rights in Childbirth Matter