An extraordinary collection of essays on literature and contemporary culture. Gripping, irreverent, smart and entirely original. Passionate about literature, O'Joyce frequently goes out of his way to antagonise a literary establishment that places profit and political correctness before artistic vision. His blunt language may put off some readers, but Joyce will not put anyone to sleep. The health of literary criticism in America today depends on voices like his. Library Journal 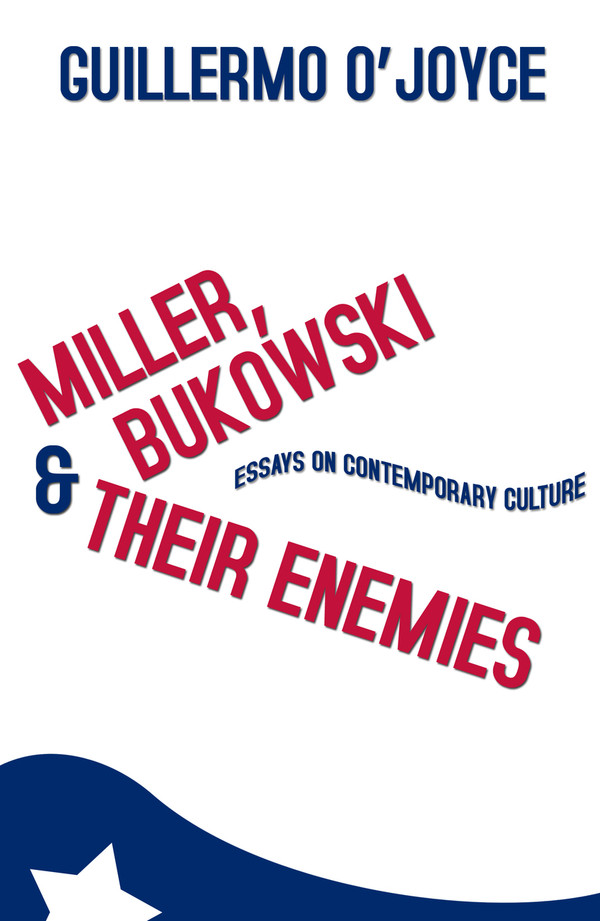 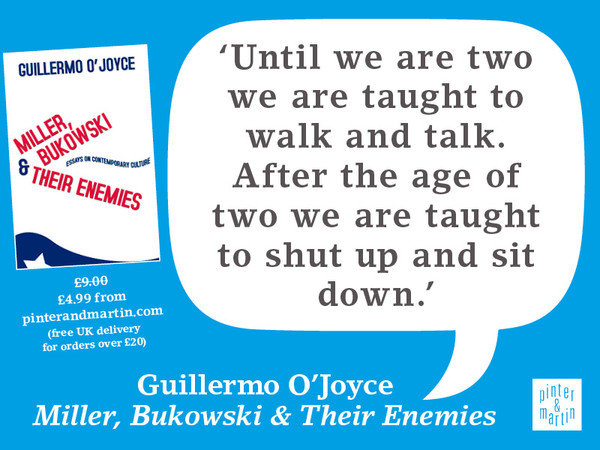 Miller, Bukowski and Their Enemies: Essays on Contemporary Culture

Miller, Bukowski and their Enemies

This collection of essays is all I have read from O'Joyce, though I'm curious to read something else from this ranter and rambler now. I still know very little about the man, but I put the book down with the impression that he'd likely tell a good story if I sat down with him and quite probably make an entertaining teacher. Throughout he mercilessly attacks the industry and culture that spawn today's writers of bland and impotent prose and poetry, 'the mediocrity that discourages dreams' and relegates 'life itself to the back burner till the flame goes out'. Great writers, O'Joyce says, have one thing in common and that is they inspire him to think life is worth living. He spits on literary artifice, the approved versions of creativity and all those who write without real conviction. Creativity is for everyone, 'it need not be nurtured by institutions: institutions have attached creativity to group belonging', which ultimately 'strangles' poetry. He despises publishers and the sycophancy that is rife in the publishing industry, 'The brightness or adventurousness in those young editors' eyes soon gets swallowed up delivering Brussels sprouts, the companionship of rivers drowned in the conventional wisdom that publishing is a business too, and the success of life is in who wins and who ascends to a special dais and gets labeled STAR.' (Page 133.) O'Joyce grinds his axe. To a large extent he ignores the work of the writers whose names appear in the titles to his essays and rants about those who have unjustly attacked or failed to publish them. Where he does talk about the writers and their work he says insightful things. For instance, Miller ñwould have us love an earth always on the edge of fruitionî, Stettner 'will make your hormones burgeon like overripe plumsî, Bukowski is ñbehind the mirror, inside the belly of terror' and you want him to go on but he usually comes back to the shit of The Machine or the attitude especially prevalent in the United States in regard to lies and money, 'called 'Fuck or Be Fucked'. Graphically, and fairly convincingly, he scorns the 'sacks of putrefying corpses [who] have been running the show'. The last third of the book, from 'on the agent' which essay incidentally is about Martin Wagner's play, The Agent, a dialogue between writer and agent that illustrates 'why words don't work' - was a more compelling read. Perhaps I was reading more eagerly by that point because I'd got into the directness of O'Joyce's style, or maybe because he appeared to be exploring the works at greater length and telling the reader more about what he likes about good writing. The tone was more positive, less of a rant. I like his advice to any fledgling writer to respect silence: 'For anyone who wants to live, or write, there is no greater enemy than this solemn couple called busyness and respectability'. Not at all what I was expecting to find in a literary criticism. A lively read!

Irrationality: The Enemy within

The Individual in a Social World: Essays and Experiments